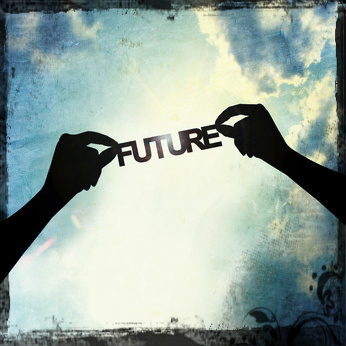 There are many Bible verses about love.  How it is patient and kind, how it covers a multitude of sins. That will have to be for another day, for the scripture brought immediately to my mind was 1 John 4:18, which tells us that “There is no fear in love, but perfect love casts out fear. For fear has to do with punishment, and whoever fears has not been perfected in love.”

Looking at that verse closer we see that…

There is no fear in love

Why is there no fear in love? Because God is pure love. “There is no unrighteousness in him.” (psalms 92:15). And there is nothing more “un-right” that fear.

Now; there may be some “religions” that teach and preach a god of fear. A god, who, at any second, is about to swing down his arm of judgment and crush his “unrighteous” followers like the gnats they are made to feel like.

That is not my God.

No, my God is a God of deep, flowing love. My God is a God whose deepest desire is NOT that we become His unthinking minions for the sake of His mighty power, but that we become people who follow His example of loving deeply so that others might see and be changed by His love flowing through us.

My God is a God who calls us to be like Him alone. Who wants us to be so “enfolded in love” (Ephesians 4:18), so wrapped up in the love that only He can give that people will first have to make contact with love before they reach us.

but perfect love casts out fear

Imagine that you are a house. You are, of course, a clean and tidy house. All pretty and smelling great…that is until you become infested with the “fear” bug. It starts out so very tiny, hardly noticeable. But instead of doing what 2 Corinthians 2:5 says and taking that ungodly thought captive before casting it out, you do nothing, and therefore, it is allowed to grow and multiple.

In a short time, your home (while still pretty underneath) is no longer “clean and tidy.” You realize that you have a problem, that fear has covered your life so completely that the essence of you is no longer visible. So you call in the big guns. That’s right, the Orkin man!! He comes with (insecticide) guns a blazing, and he casts out, (gets rid of) each and every fear bug.

Before you know it, you are clean and tidy once more and are more watchful for the little bugs that might ruin your view.

Perfect love is like installing a guard in front of your house so “fear” will no longer be allowed entrance.

For fear has to do with punishment

Fear isn’t for the now but for the future.

If we are afraid, that means that we think that we will be adversely affected in the future. But God never told us to live in the future. Matthew 6:34 tells us “do not be anxious about tomorrow, for tomorrow will be anxious for itself. Sufficient for the day is its own trouble.” We are not supposed to live in fear of what will come, but to trust God to sustains us today.

I once heard somewhere that the word FEAR stood for False Evidence Appearing Real. I love that acronym. Something like 98% of the things we fear NEVER happen.

So why are lives wasted fearing? Some of the reasons might be;

whoever fears has not been perfected in love

We live in an age where fear is on the rise. When those terrorists killed all those people in Paris, my first reaction, I am embarrassed to say, was to want to kick out every “potential threat” from America and to close all of our borders.

Why? Because I have four children and one grandchild and I feared anything happening to them.

But them my beautiful and intelligent daughter (well one of them) reminded me that this is not how Jesus would respond. That He taught us to love our neighbor. That He never taught us to be suspicious or fearful of him.

Hitler was abetted by the tremendous fear of communism taking over Germany.

After the war, and into the 1920s, Germany experienced violent strikes. There was fighting, rioting and deaths. Communism in Germany was abetted by its international stature; it saw Germany as the next country after Russia most likely to turn communist. Trotsky, Lenin and others put effort into mobilizing their forces to expand their revolution into Germany.

Hitler capitalized upon that fear. He found a ready response in the German people, who were more afraid of communism than what he stood for. (jewishhistory.org)

Wow look at that last sentence…Hitler, rose to power because the people “were more afraid of communism than what he stood for.”

Bonhoeffer knew that Christians were not meant to be controlled by fear and wrote, “When holy scripture speaks of Jesus, it proclaims that people are free from all human rules, from everything that pressures, burdens, or cause’s worry and torment of conscience…Discipleship is Joy.”

So who was Bonhoeffer?

He was a man that though he was born into a privileged lifestyle, did not allow the lure of comfort to define who he was. When the Nazi’s took power and demanded that every Pastor swear an allegiance to Hitler, most Protestant German pastors (out of fear) quickly did. Bonhoeffer, however, did not.

He was one of the founders of the Confessing Church. He swore allegiance to Jesus alone. He was not afraid to live for Christ. He was part of a plot to kill Hitler (weighing murder against the thousands of lives lost) and was captured and killed only a few weeks before the concentration camp was liberated. Dietrich Bonhoeffer did not allow fear to take the reins of his life. He reserved those for God alone.

Where does this leave us

The recent terrorism in the world today is prompting the rise of Politian’s who are consistently feeding into our fear. May we learn the lessons of history, before it is too late.

Fear should not make our decisions for us.

Ask for His guidance alone on who to vote for.

Allow God full access and He will get you where you need to be.

When a group of children were asked about love,  a six-year-old child had the best response;

If you want to learn to love better, you should start with a friend who you hate. – Nikka, 6

And a little child shall lead them…..

If you feel led to donate