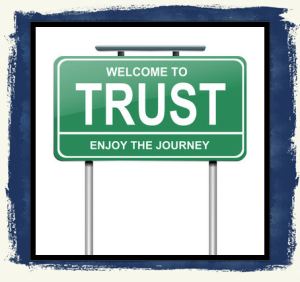 So what do you do when you have done everything that you thought you were supposed to do, and you still don’t have success?

What do you do if you have burned all of your bridges and you can’t go back, but you have had a setback and disappointment, and it feels as if everything might just fall apart around you?

If you know that God has spoken something to you, than hold on to it. Do not let go of it for nothing!! God does not abandon his own.

“If your child asks for bread, do you trick him with sawdust? If he asks for fish, do you scare him with a live snake on his plate? As bad as you are, you wouldn’t think of such a thing. You’re at least decent to your own children. So don’t you think the God who conceived you in love will be even better?” (Matthew 7:9–11, The Message)

I am no stranger to setbacks, in fact I have recently had one of my own.

I stepped out, doing what I wholeheartedly believe that God called me to do, but I was rejected. It was a kind rejection, yet a rejection non-the-less.

So what am I, a person that has burned all her bridges, supposed to do with the fact that from the outside it looks like God has led me astray (or at the very least, he allowed me to lead myself astray)?

I  hold on to that verse and so many, many more that speak of God’s love and heart toward me.

I hold on and believe the God did not lead me all this way to drop kick me to the curb.

I hold on and remind myself that God did not “call” me to England for no reason.

I hold on to the promise knowing that God did not change His mind!!!!

His promises are sure and trustworthy!!

And you can trust Him too!!

I would LOVE to hear your thoughts on this!

If you feel led to donate